A special economic zone (SEZ) is a defined area within a country that is subject to different laws and regulations from those pertaining to other areas of the country. These comprehensive industrial areas provide preferential incentives to investors and offer government import-export administrative support to facilitate trade. Their creation entails significant infrastructure development, and they are designed to attract foreign investment, enhance global competitiveness and promote economic development. There seems to be some uncertainty about the number of SEZs in Cambodia. US State Department recorded 36 registered SEZs in 20151 but ODC’s dataset identified 34 SEZs as of November 2015 (See SEZ profile page)2.

As part of its National Strategic Development Plan 2014-2018, the government aims to “mobilize human, financial and institutional resources to support the establishment of new industries.” This entails instituting and strengthening SEZs to attract foreign investment, encourage technology transfers and broaden export markets.3 The CDC also plans to fortify the implementation of SEZs and ensure that their locations are suitable “for maximizing the integration of Cambodia’s economy into the region.”4The 2012 White Paper on Land Policy advised that the development of SEZs be linked with housing policy to avoid “job-driven migration” and ensure “equitable distribution of economic development benefits” among geographic regions.5

SEZs are governed by the Law on Investment, and were formally created in 2005 by Sub-decree No.148 on the Establishment and Management of the Special Economic Zone. The purpose of these zones is to improve Cambodia’s investment climate to enhance “productivity, competitiveness, national economic growth, export promotion, and employment generation in order to reduce poverty.”6

An SEZ is a Qualified Investment Project (QIP), which is a project that has been certified by the CDC and benefits from government-provided financial incentives.7 SEZ developers and investors receive preferential incentives including profit tax exemption for nine years, import duty exemption for equipment to construct the zone, value added tax exemption, unrestricted foreign exchange, and guarantees against nationalization and price fixing. While QIPs within SEZs receive the same financial incentives as QIPs outside of SEZs, SEZs benefit from a “one-stop service” mechanism that streamlines import-export processes.8

Falling under the purview of the CDC, the Cambodian SEZ Board is the primary regulator of SEZs. The board is responsible for the development, management and supervision of SEZ operations and determines what preferential incentives are available to an SEZ. Each SEZ has an administration office on-site, which serves as the one-stop service mechanism to simplify customs procedures and facilitate trade. In addition, a SEZ Trouble Shooting Committee has been established to receive complaints from developers and investors, and is tasked with resolving issues.9

SEZs are established and constructed by zone developers who then seek investors to lease the area. Zone developers are responsible for the construction of all infrastructures, which must include management office buildings, zone administration offices, a road network, clean water and sewerage, waste disposal, electricity supply, telecommunications network, fire protection and a security system.10Developers are supposed to meet certain conditions to ensure that they have the capacity to provide such extensive infrastructure and services, including having the legal right to possess the land.11Among other obligations, the zone developer is responsible for establishing internal rules of the SEZ, providing security and maintaining public order.12

Zone developers can obtain land for an SEZ in one of two ways. Cambodian individuals or entities can either own land or obtain a land lease, including via a concession.13Land Law prohibits foreigners and foreign entities from owning land;14therefore, to establish an SEZ, foreign developers or investors must lease the land or obtain a concession.15

Investors and businesses that lease land within SEZs benefit from better infrastructure, more efficient logistics chains and more liberal economic regimes than those typically prevailing in the country. Preferential policies and incentives are the same whether QIPs are located within or outside of SEZs. But SEZs provide access to government assistance, particularly one-stop import-export services. There is also support from industrial zone developers who are responsible for general maintenance of the SEZ and serve as a liaison to the government. Developers may also provide workforce training and skills development.16

The majority of investors are from Cambodia, Japan, China, Thailand and Taiwan.17The most common economic activity is light manufacturing, defined as “labor intensive operations in automotive and machinery, electrics and electronics, and other various assembly activities.”18In 2014, more than half of all investors were producing light-manufactures for export and about one fifth were producing garments.19

SEZs are only concentrated in certain parts of the country. Often these areas have access to transport and logistics services – infrastructure that is lacking in other parts of the country – and, sometimes, share borders with Vietnam and Thailand. Such locations do facilitate international trade and reduce transportation and logistics costs. . Unfortunately, since it is the government’s policy to avoid job-driven migration and to distribute “equitable shares of the development benefits” to people in the other less developed parts of Cambodia, this remains a challenge.21

While high electricity prices drive up production costs which in turn is putting Cambodia’s SEZ in a less competitive position with its neighboring countries, interruptions in the electricity supplies are frequent. Thus, creating an additional burden. Also, unofficial and unpredictable fees may not only add to the production costs, but also drag investors into dishonest practices of unfair competitions. For example, the chief operations officer of the Phnom Penh SEZ, cited in the The Phnom Penh Post of February 14, 2015, stated that beer money was incorporated into unofficial but genuine invoices.22

SEZs have significant potential to attract foreign investment. According Asian Development Bank, nine SEZs surveyed in the study created around 68,000 jobs in year 2014.23Yet, this is still below their potential capacity. For instance, Phnom Penh SEZ alone has the capacity to provide 80,000 jobs in 200 factories24 but, as of April 2016, only 19,837 workers were employed at the zone25. 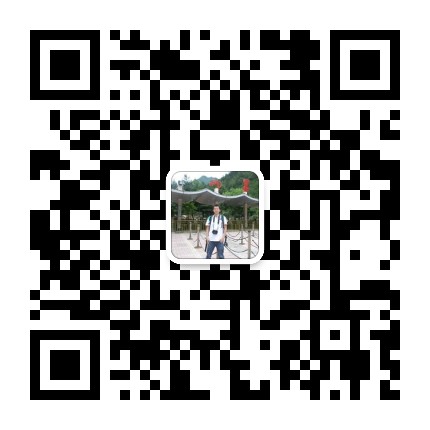